A brief introduction of the city's history

As one of the major fast developing cities in the modern world, Shanghai has been crowned with "center" titles for lots of impressive achievements, from the volume of city public construction, trading, shipping, manufacturing, to the variety of hospitality services like dining, accommodation, and all kinds of entertainments, glory brings in enormous admiration while it comes down to a history filled with great courage and solid hardworking labor force. 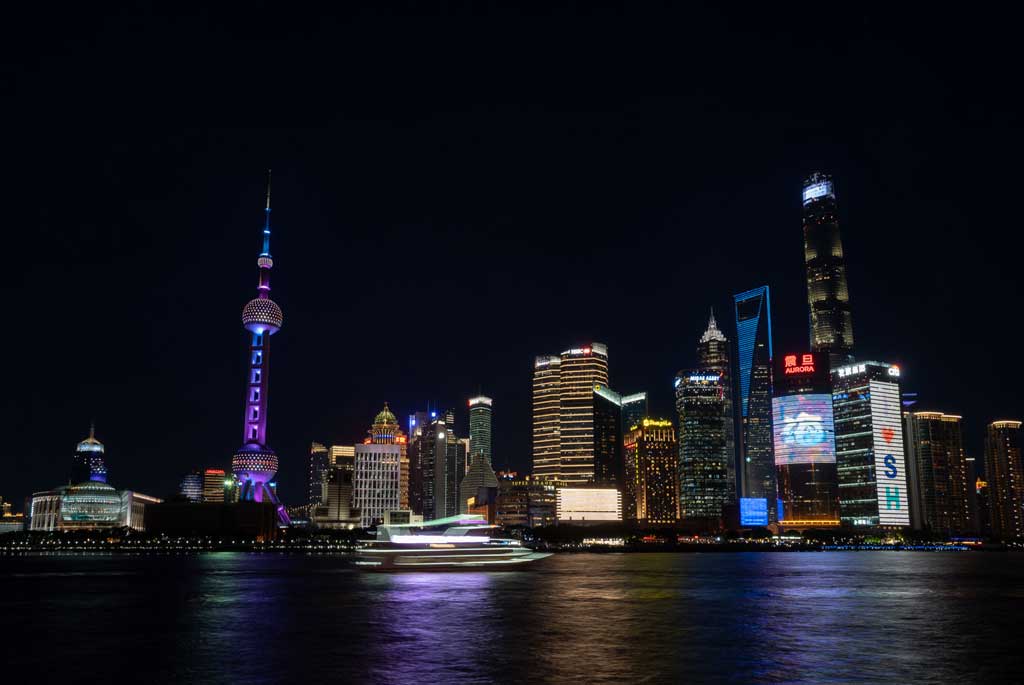 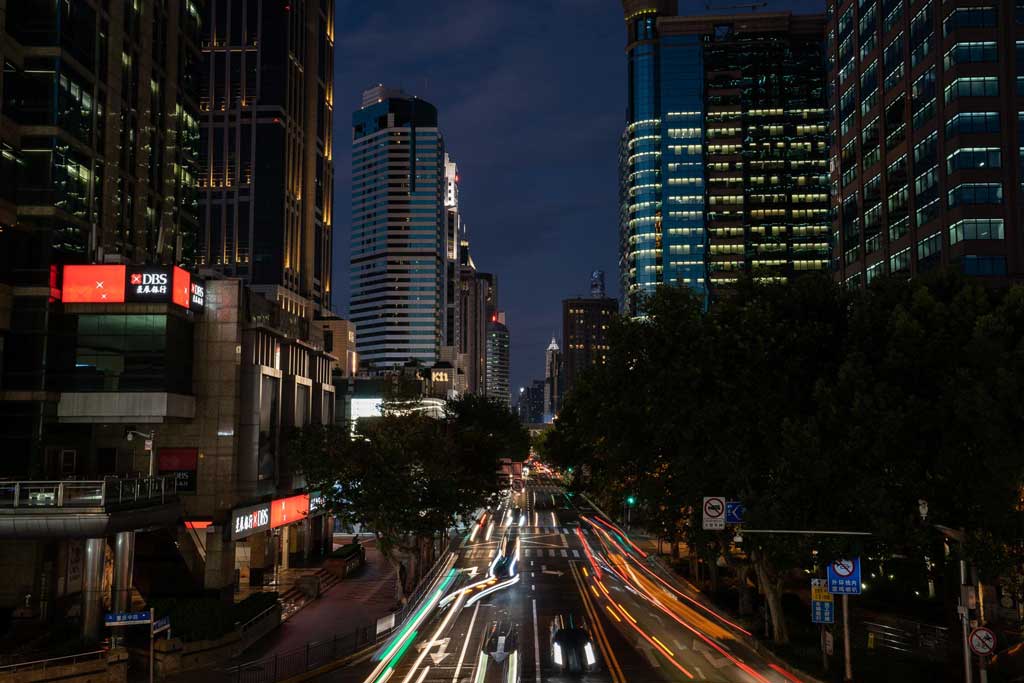 In a country with roughly five millennia of continuous history under its belt, Shanghai is a relative newcomer. During the first few centuries of its existence, it was a mere fishing village. It wasn't until the year 1074 under the Song Dynasty that it was promoted to "market town" status. And it took almost another millennium before the newly-established Republican government would finally own up and call it a "city" in 1927. Before then, it had a lowly designation as "county seat" for the Songjiang Prefecture.

Semantics aside, though, Shanghai didn't really rise to the fore until the 19th century, when the Treaty of Nanjing forcibly opened its ports up to international trade and foreign settlements. It was no doubt a humiliating stain on the dignity of one of the world's great civilizations. Nevertheless, with trade came an unprecedented prosperity which reached its apex in the 1920s and 30s.

When the Communists defeated the Kuomintang in1949, they realigned China's trade relations with other communist nations. Shanghai faded from the global scene. It wasn't until the 1980s with Deng Xiaoping's ascent to power and his resultant reforms that Shanghai would again become a player on the world stage.

Today, it is the show pony of China's booming economy. It's the country's financial and commercial center, the largest and busiest container port, and the most populous city with the most comprehensive and advanced infrastructure. It is China's gateway to the rest of the world. Shanghai is historically a city of early adopters, a place full of people eager to welcome new ideas, try new things. This evident in the preponderance of international companies -- everything from automobile manufacturers to coffee shops. You see it in the restaurants they eat in and the clothes that they wear. Or even in the radically eclectic skyline designed largely by international architecture firms. Suffice it to say, the world is once again coming to Shanghai, except this time it's on Shanghai's terms. 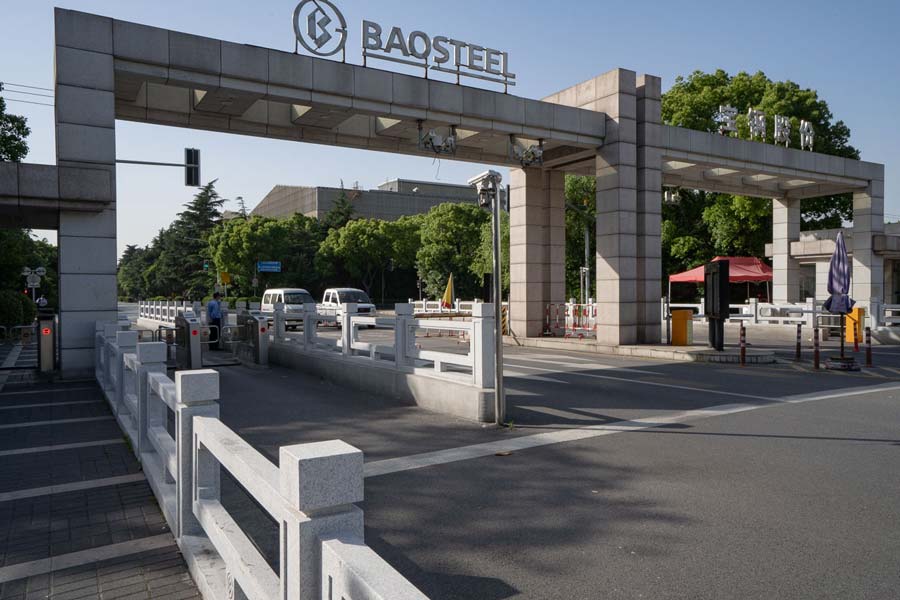 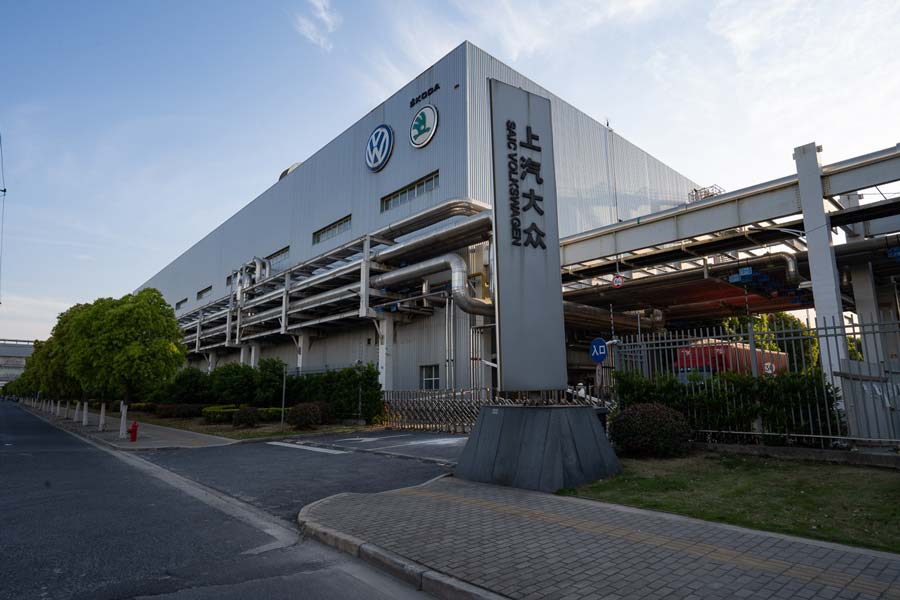 Restaurants and bars in Xintiandi

Restaurants and bars in Xintiandi

Shanghai has a humid subtropical climate and experiences four distinct seasons. Winters are chilly and damp, with northwesterly winds from Siberia can cause nighttime temperatures to drop below freezing, although most years there are only one or two days of snowfall. Summers are hot and humid, with an average of 8.7 days exceeding 35 °C (95 °F) annually; occasional downpours or freak thunderstorms can be expected. The city is also susceptible to typhoons in summer and the beginning of autumn, none of which in recent years has caused considerable damage. 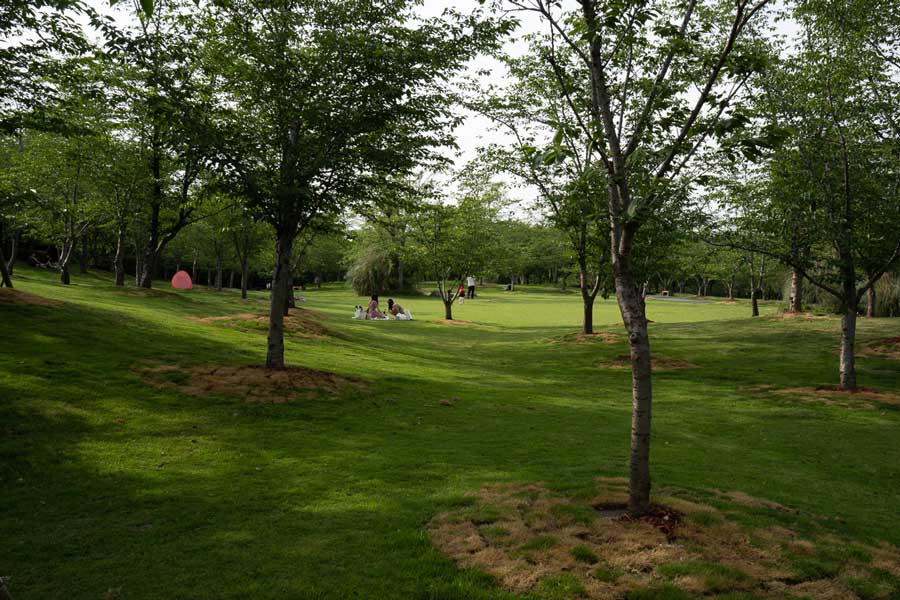 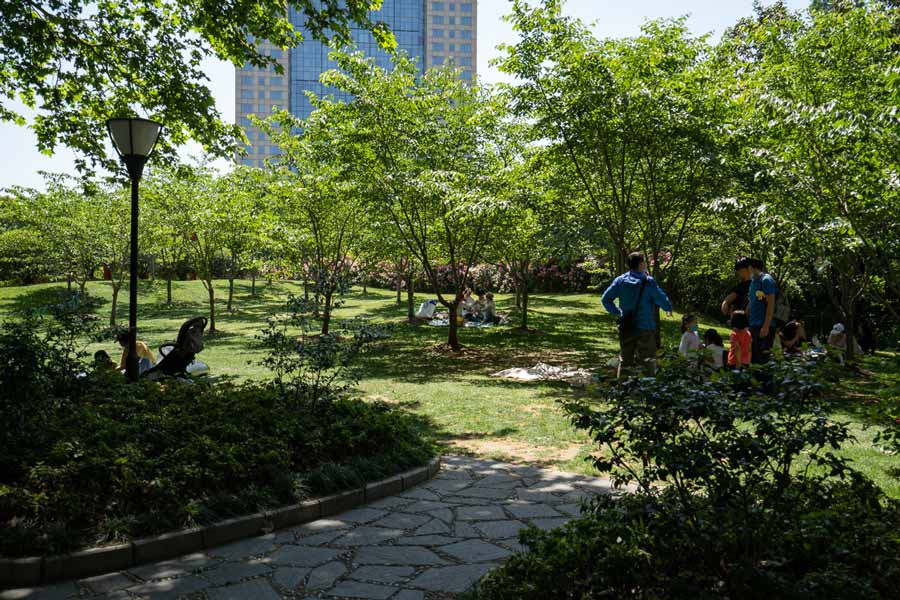 The explosive growth of Shanghai's metro system is among the most impressive stories of urban development of modern times. Since the first stretch of Line 1 was opened in 1993 has been expanded out along no less than seventeen lines. It is now the world's largest by track length. The years leading up to the 2010 World Expo, hosted in Shanghai, was a particularly dizzying period of infrastructure expansion. 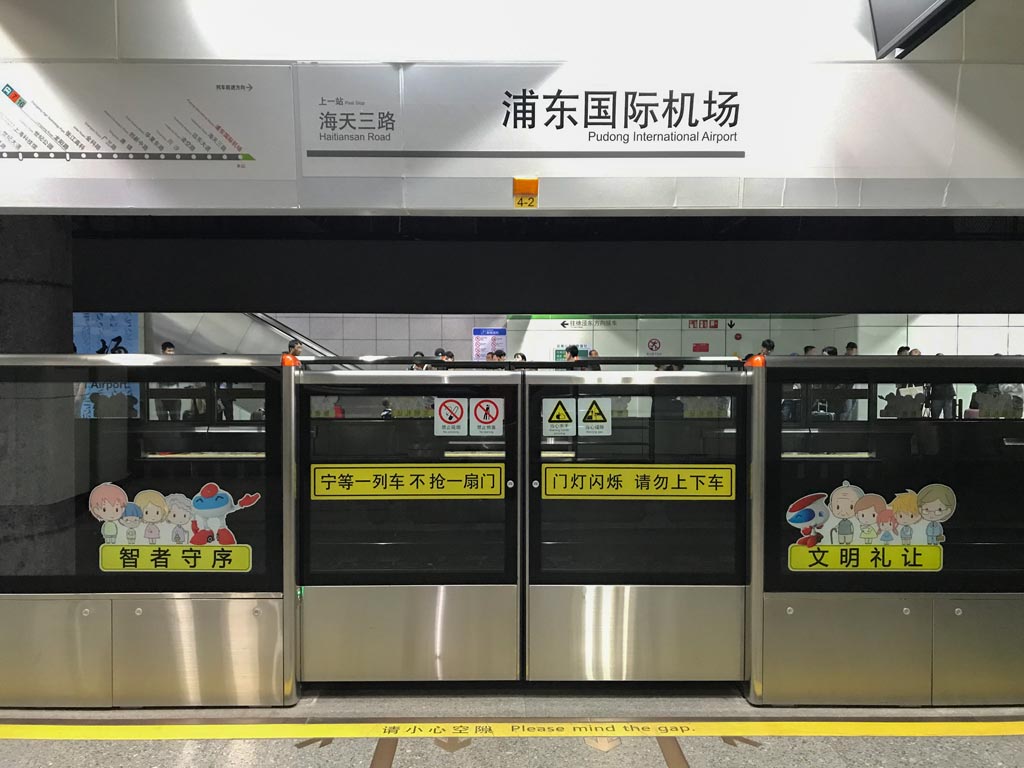 The metro system is extremely easy for visitors to use. Its processes are straightforward and rational, further clarified by abundant English signage and announcements. The system makes the natural center of any visitor's city travel plans. 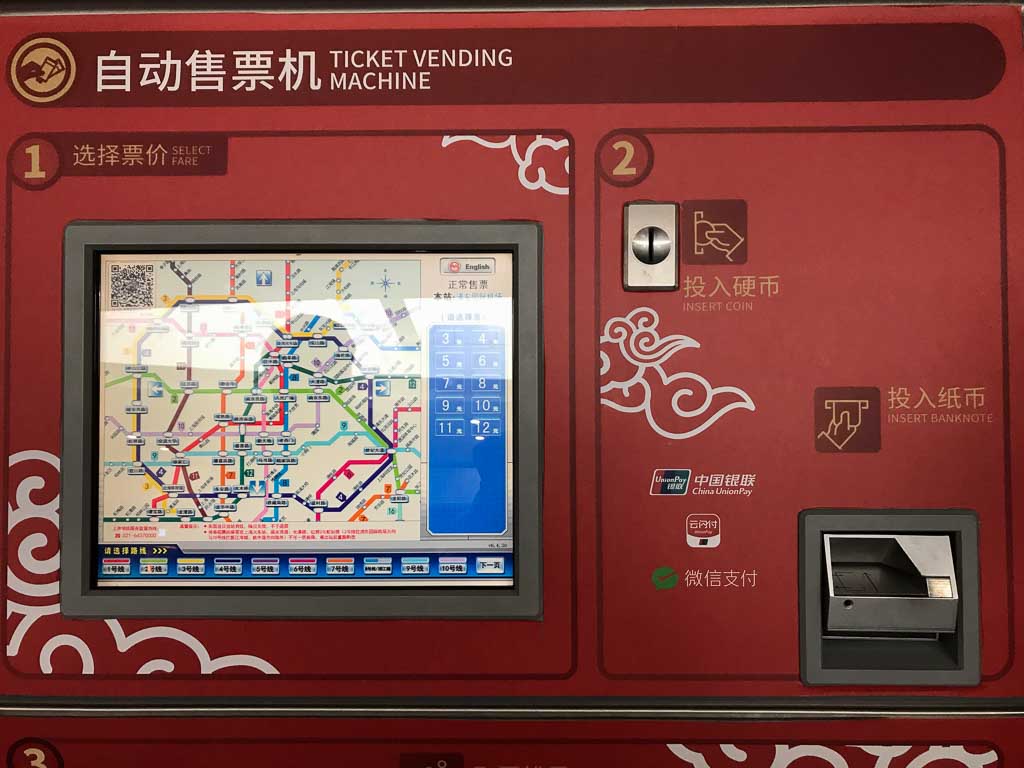 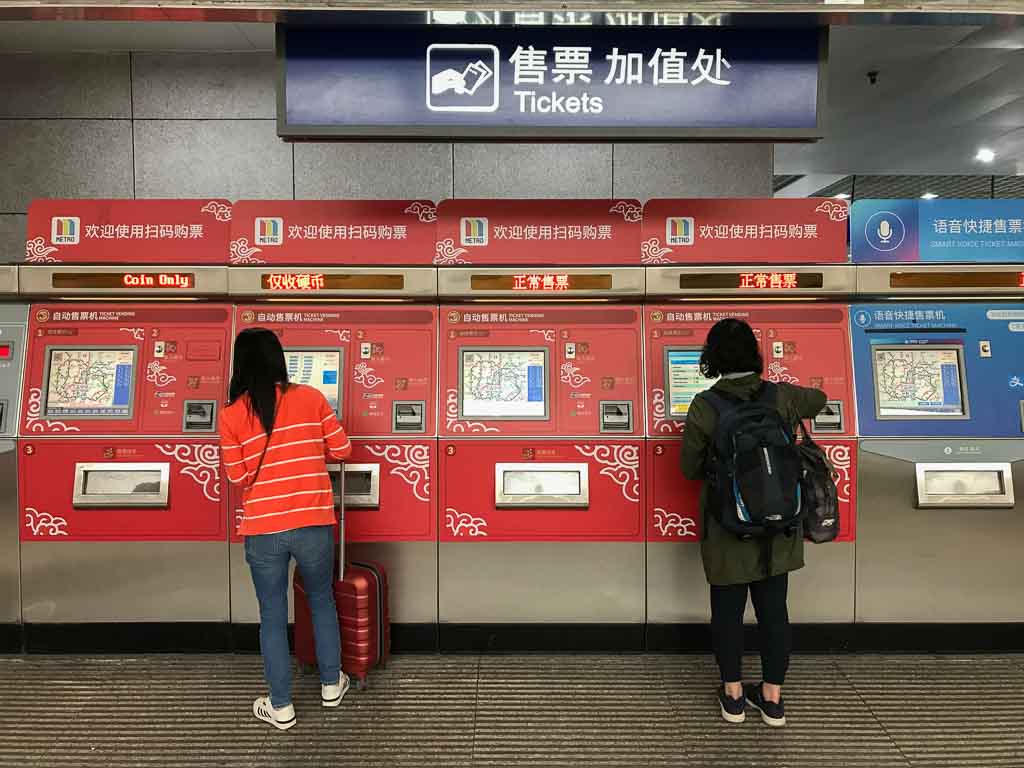 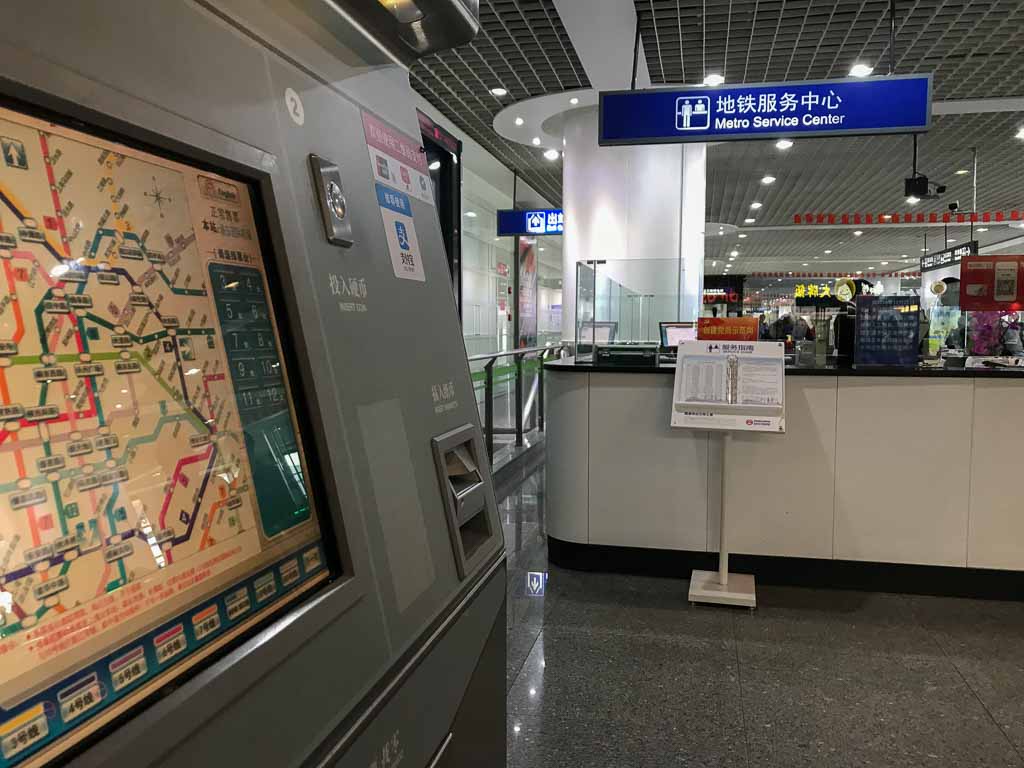 Shanghai's extensive bus service is even more extensive and affordable, but it is also far more opaque to visitors. Bus route coverage is thorough, but without a firm grasp on both the Chinese language and the local geography, this travel option can be hard to understand.

Unfortunately for visitors, technological advances have not necessarily increased accessibility. As transport services have fused with the Chinese Internet, and especially with its dynamic social media platforms, they have become, simultaneously, more convenient to locals and more mysterious to outsiders. A sympathetic Shanghai native is often indispensable to visitors aiming to crack them.

For instance, in the period of 2015 - 2016, the city's public transport options have been augmented by bike-sharing schemes. These services are also accessed through the Internet, and therefore not easily utilized by overseas visitors. Perhaps more significantly, Shanghai's taxi business is in transition. Uber's China business was acquired by Didi in 2015 and has since been thoroughly sinified. Access takes place through Chinese social media platforms. Foreign visitors hoping to make use of Uber-type ride-share was disappointed at the first stage. With the consistent efforts made in years to improve these Apps to be more friendly to foreigners, User-Interfaces have been optimized with dedicated English language mode, and payment made methods are also open to international cards by linking to WeChat Pay or AliPay. (see How to register a WeChat account and set up WeChat Pay? and How to register an AliPay account and set up quick pay?) 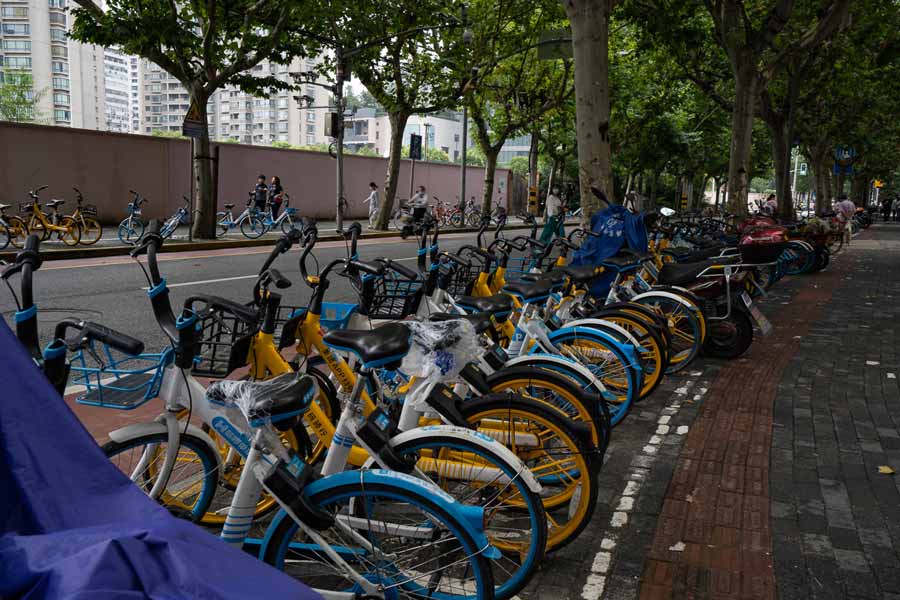 The city's residual taxi fleet is still open to being hailed in traditional fashion, however. Fares are very reasonable by international standards, but the frequency can be poor, especially during rains. For maximum convenience, cabs should be picked up at major transport centers or hotels.  (see Why is it difficult to catch a taxi by waving on the street in Shanghai and how to make it easy?)

The Shanghai Maglev, which runs between Pudong International Airport and Longyang Metro Station, is an urban attraction in its own right. Although the most technologically striking among Shanghai's transport systems, the Maglev's very limited geographical scope means it has comparatively little relevance to the city's transport mix. 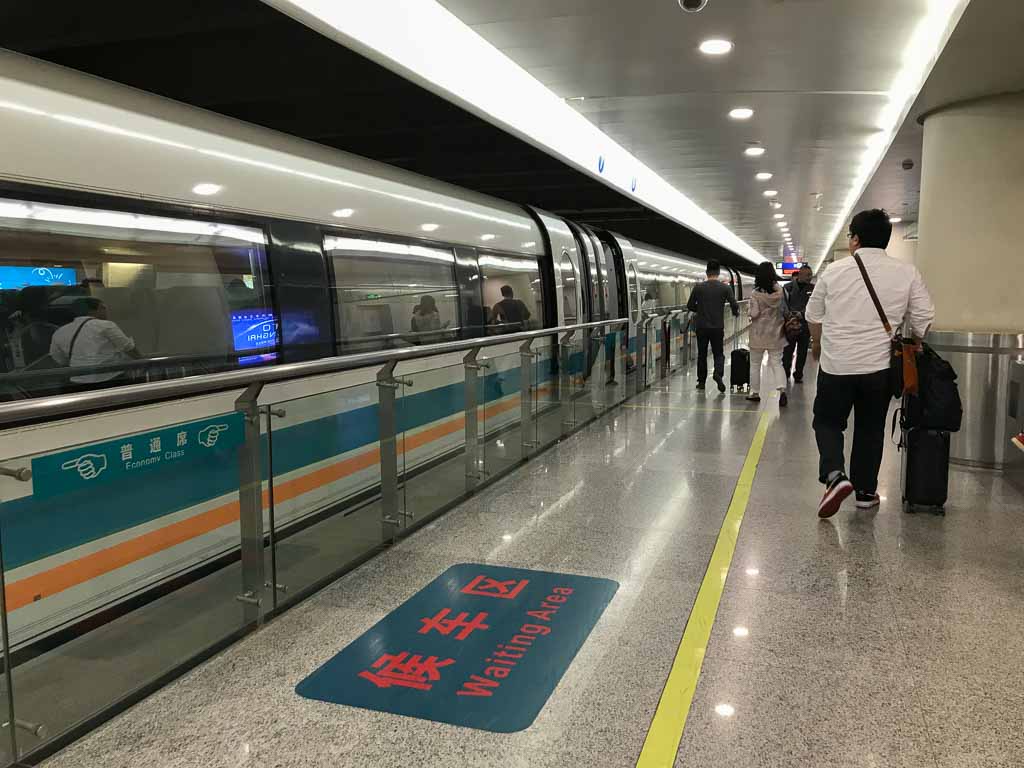 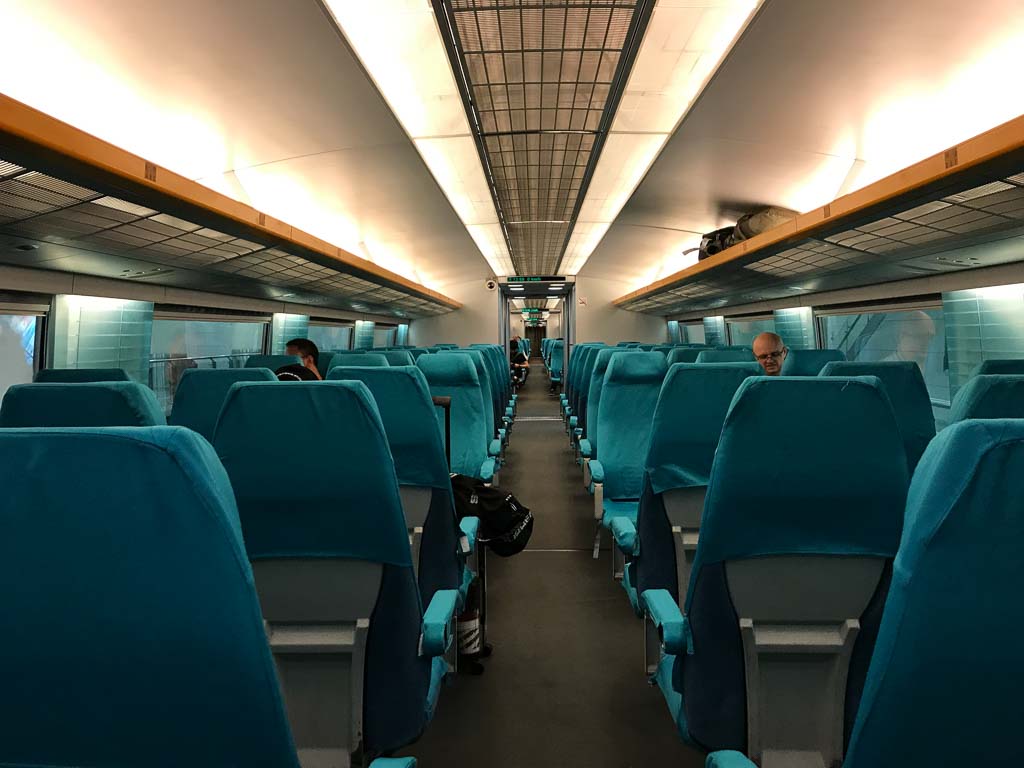 An especially appealing element is added to the Shanghai transport mix by the ferry service that connects the Bund to Lujiazui across the Huangpu. A ferry trip across the river is at once straightforward to arrange, economical, and romantic.

Integration of the city's various transport systems has been strongly promoted by the city government. Among the various modes of the resulting transport inter-network, it is the taxi, metro, rail, and air connections that are likely to be most relevant to visitors.

As a sign of this commitment to integration, a Shanghai Public Transport Card was introduced in the final year of the last millennium. The contactless card is based upon RFID ('swipe') technology. It is accepted by all Shanghai transport services (and beyond). The use of the card further ranges across tourist centers, highway tolls, car repair, parking fees, and gas stations.

The cards offer to types of discount. They reward integrated travel tickets with an "interchange discount" upon the cost of the different tickets if purchased individually. They also offer a 10% discount on monthly travel expenditures that reach at least RMB 70.

Recharging spots for the cards can be found at convenience stores as well as transport stations and associated facilities.