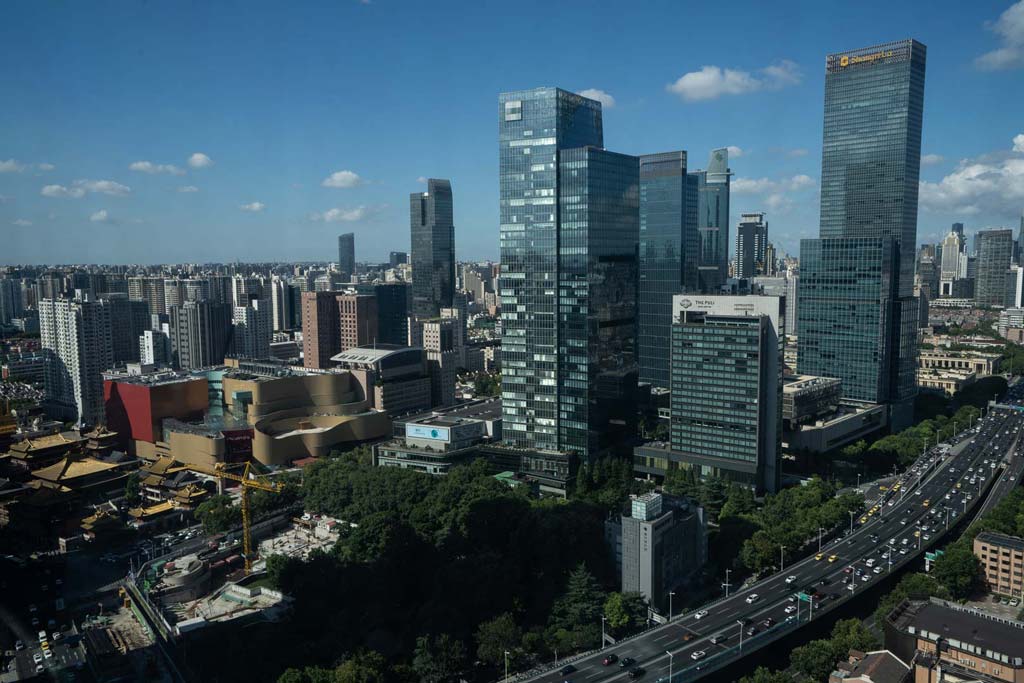 The city's Jing'an District is a compact downtown area of immense color, vitality, and interest. Due to its deep historical roots, mixing native tradition with urban modernity, Jing'an locals are often inclined to think of their neighborhood as 'the authentic Shanghai'. The district has been expanded, after merging with the old Zhabei District in late 2015. 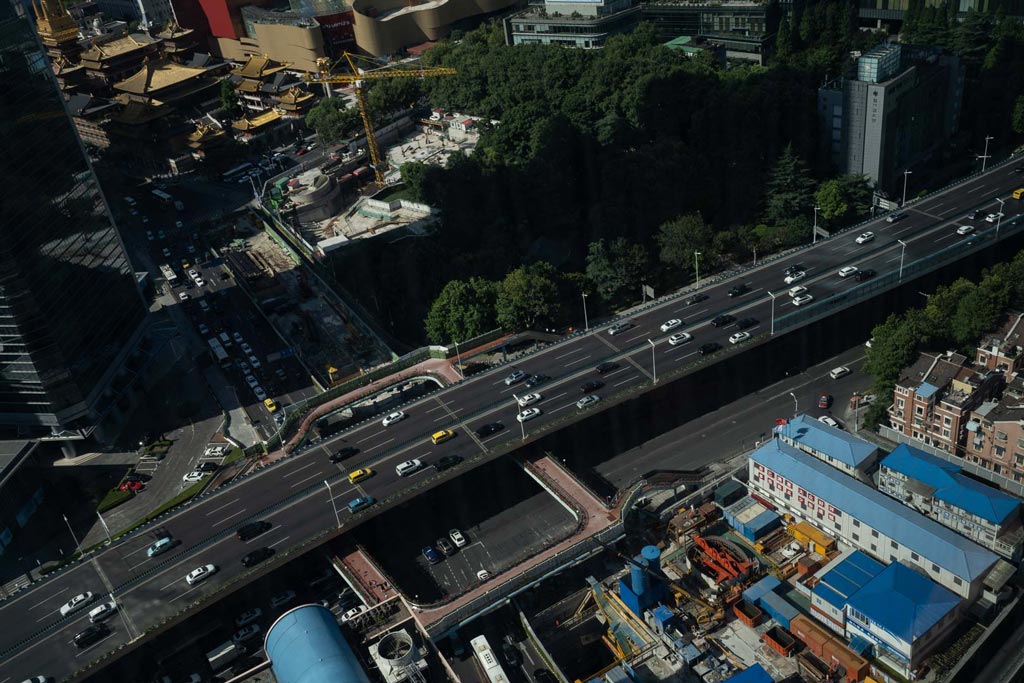 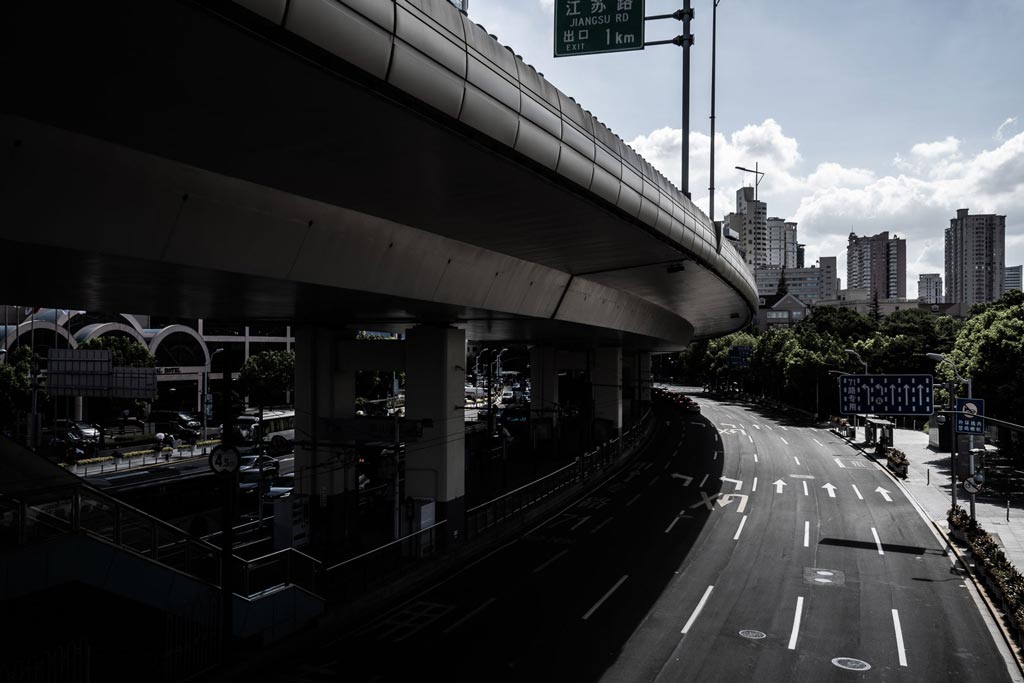 Jing'an Temple, from which the district derives its identity, has a history dating back to the Three Kingdoms Period, and has occupied its present site since 1216, undergoing extensive renovations in 1880, and again in recent years. Its latest refurbishment was completed in 2012. The numinous splendor of its great silver Buddha is an aesthetic delight that is not casually to be missed. 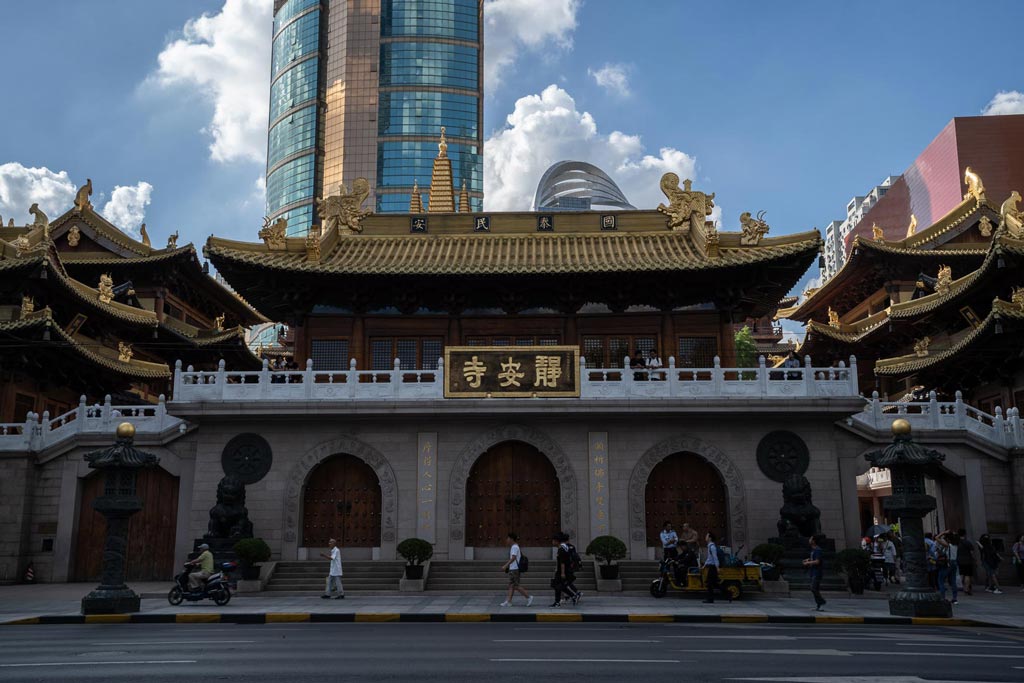 Jing'an Park, across the road to the south of the temple, was a graveyard for foreign residents during the colonial era. It is distinguished primarily by its delightful inner garden (for which a nominal admission charge is levied), containing a tea-house, bamboo groves, and a number of historical relics, including the original 'bubbling well' (or 'Eye of the Sea') which was historically considered the key to the area's sacredness. 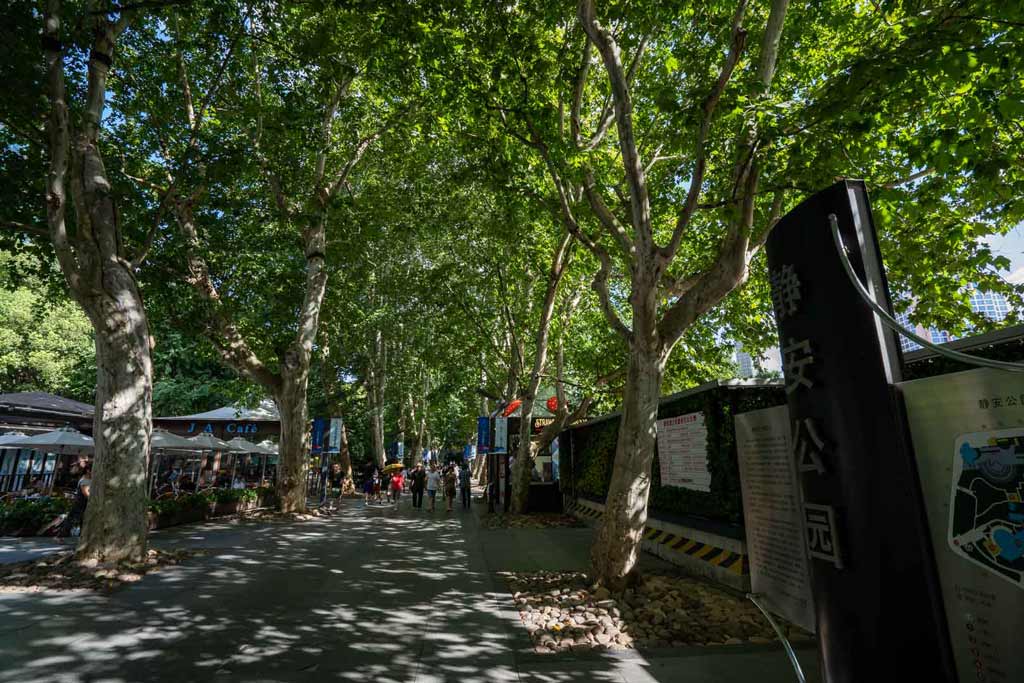 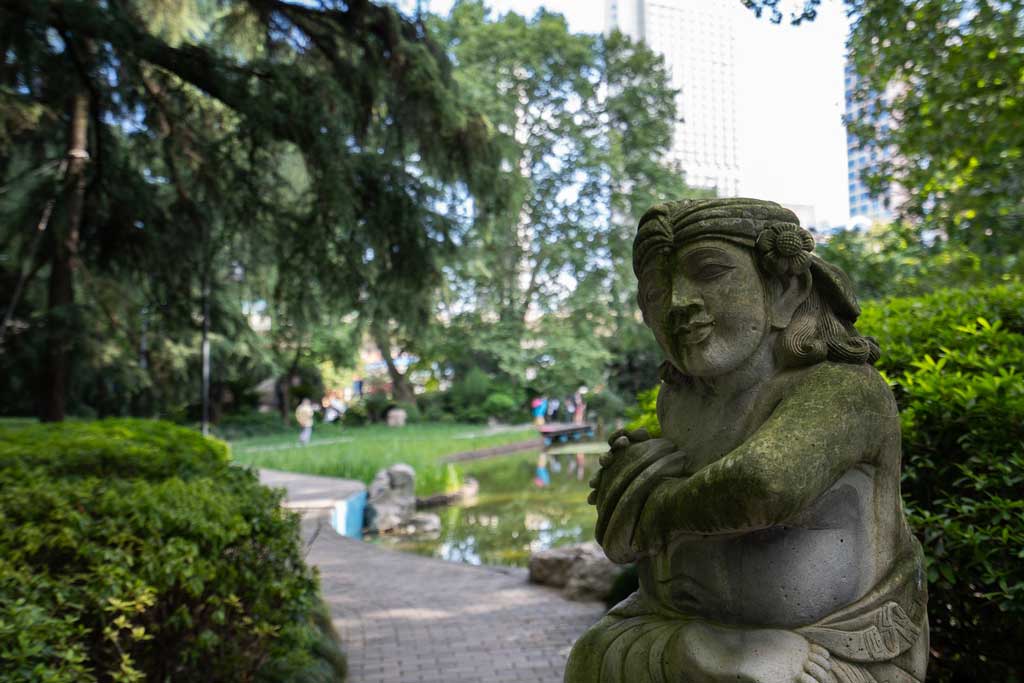 Shanghai's new Natural History Museum, opened in 2015 in the grounds of the Shanghai Jing'an Sculpture Park 上海静安雕塑公园, significantly upgraded the previous charming but aging colonial-era institution, housed since 1956 in the Shanghai Cotton Exchange Building (at No.260 East Yan'an Road, in the Huangpu District). The museum now occupies a specially-designed building with 40,000 square-meters of exhibition space. Its collection is among the world's largest, totaling over 11,000 specimens. Its Chinese fossil collection, including local dinosaurs and other prehistoric mega-fauna, is especially noteworthy. The bulk of the collection is organized into exhibitions grouped by geographical region. 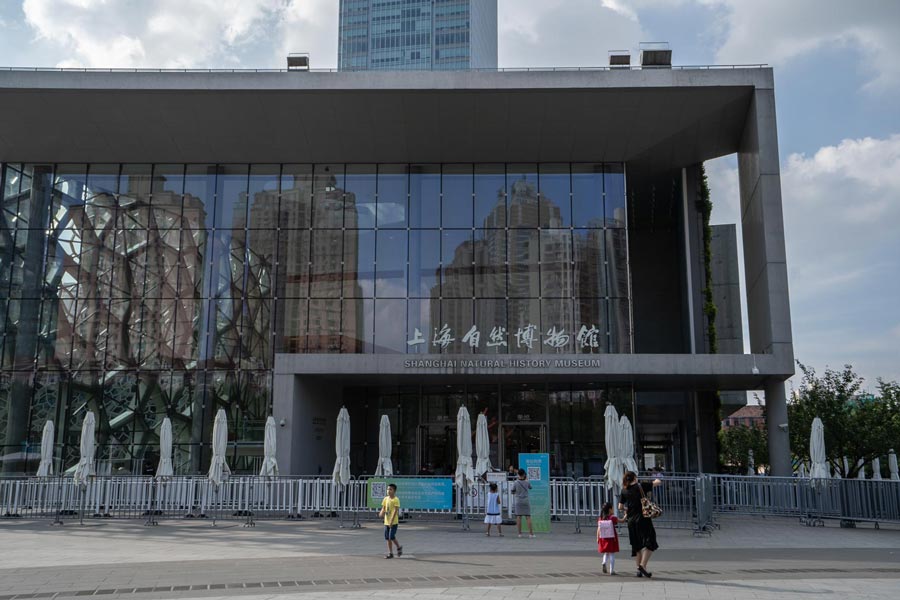 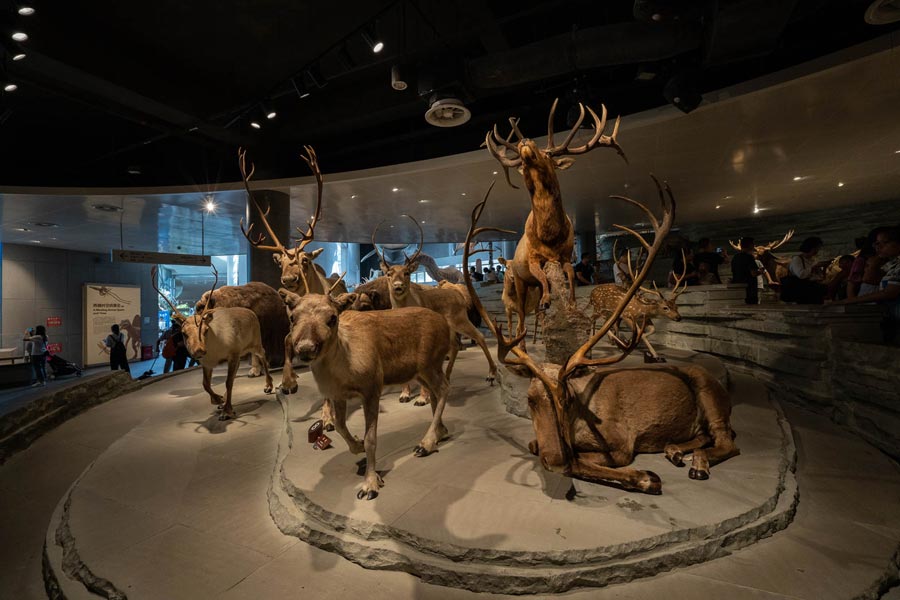 While taxidermy had contributed the core of the old museum collection, in the new venue this has been augmented in multiple dimensions. The best of the stuffed animals remain, but the rows of charmingly decrepit pickling jars have been firmly retired. They have been replaced by more selective displays, including audio-visual support, and lifelike -- sometimes animatronic -- models. 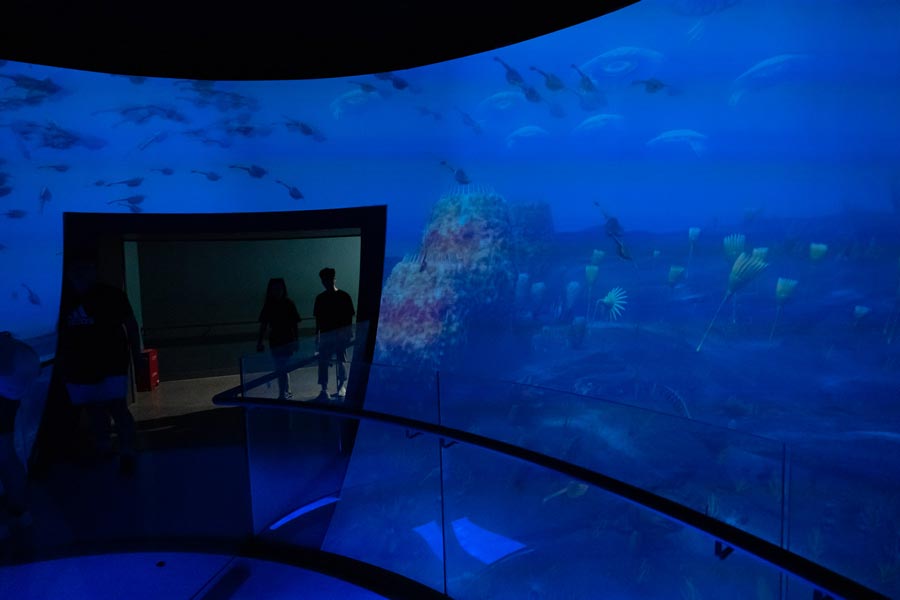 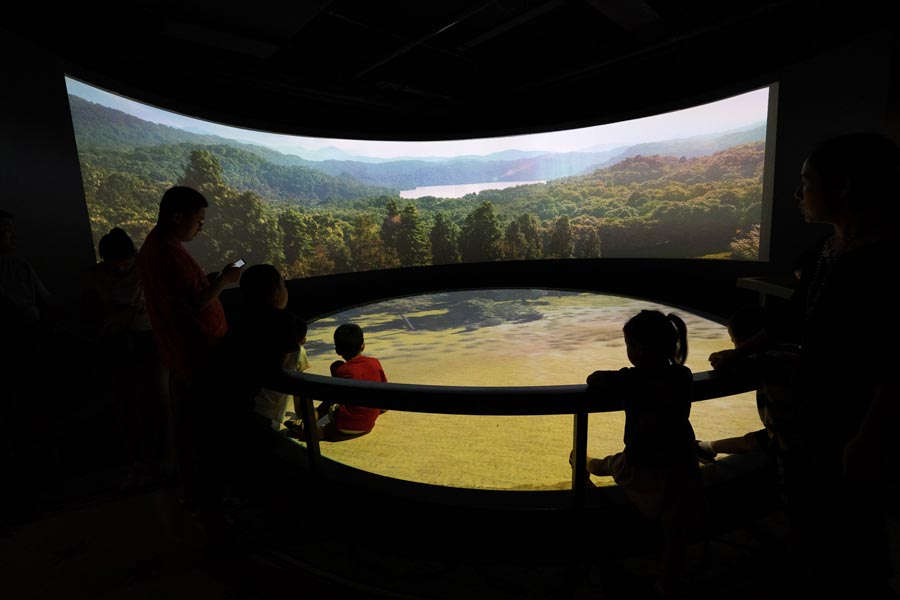 In Puxi, Jing'an takes second place only to People's Square for its concentration of excellent contemporary architecture. Architects Kohn Pederson Fox (KPF), known for their commitment to 'sleek modernism' in the best of the International Style, established a special relationship with the Jing'an District, first in their Plaza 66 development, and more recently in their Wheelock Square project. In consequence, the Jing'an high-rises have a special function in the city, as both urban landmarks and aesthetic yard-sticks that are difficult to reach, let alone exceed. 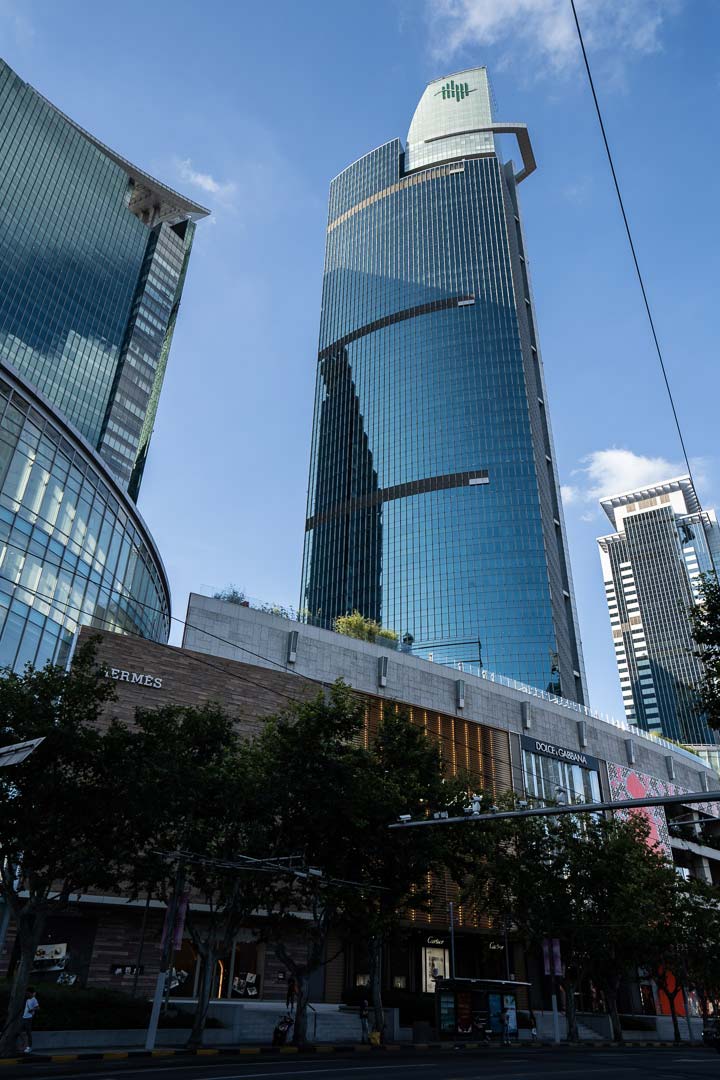 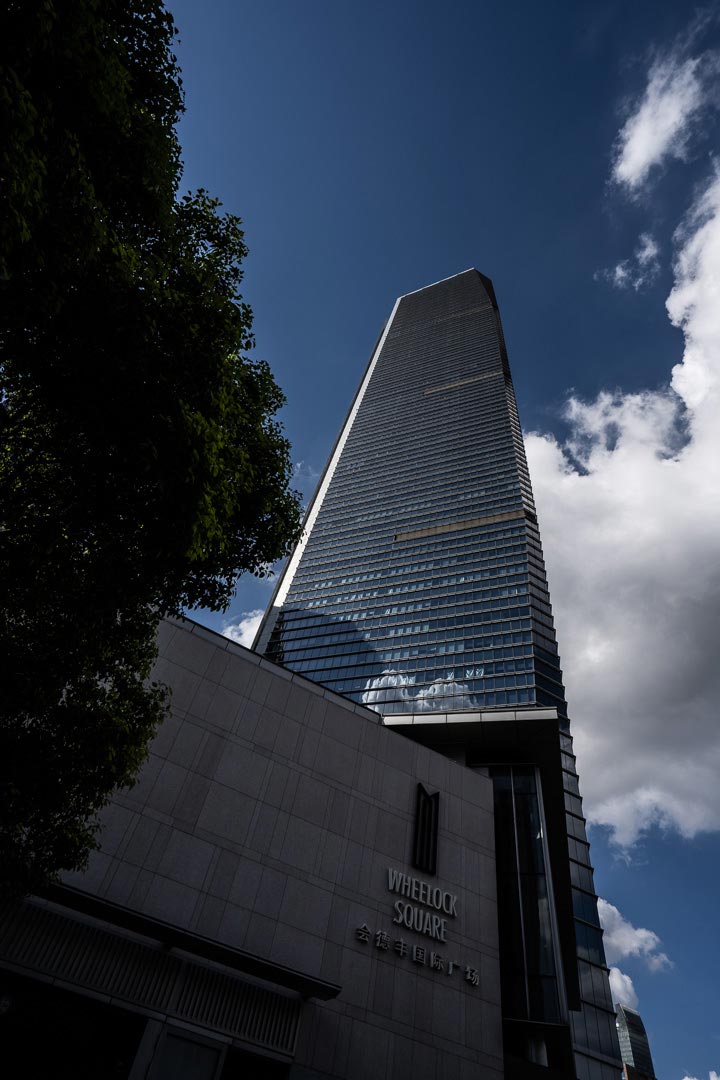 Nanjing Road connects Jing'an to the Bund. The western stretch of the road, the historic Bubbling Well Road, was the primary east-west artery of the International Settlement. The West Nanjing Road of today retains much of its historic importance. Its business towers, malls, and hotels testify to a spirit of relentless urban improvement. Buildings of special interest include the Deco-style former JC Mandarin hotel (in reconstruction in 2019), and The Centre (home to a Portman hotel) and fronted with massive Ming-style red pillars. The Sino-Soviet Friendship Exhibition Hall, built in the flamboyant Soviet 'wedding-cake' style, adds a unique element to Shanghai's architectural landscape. Cultural exhibitions of first-rank are held at the hall, including the Shanghai Art Fair. A large Sogo shopping complex situated next to the temple, while relatively architecturally undistinguished, contains some of the district's best dining venues. 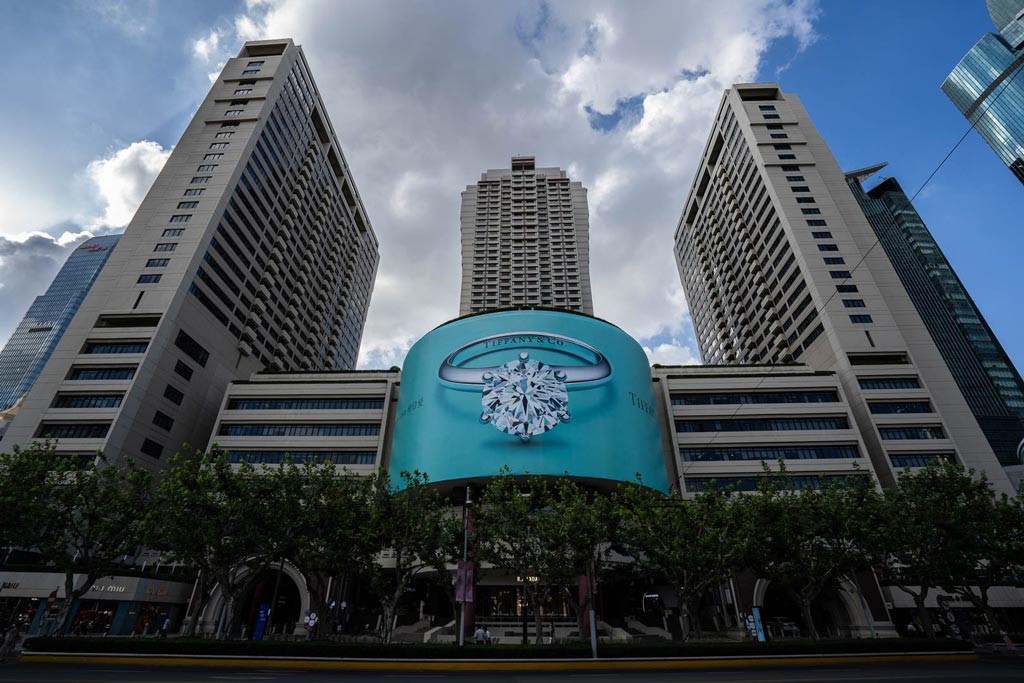 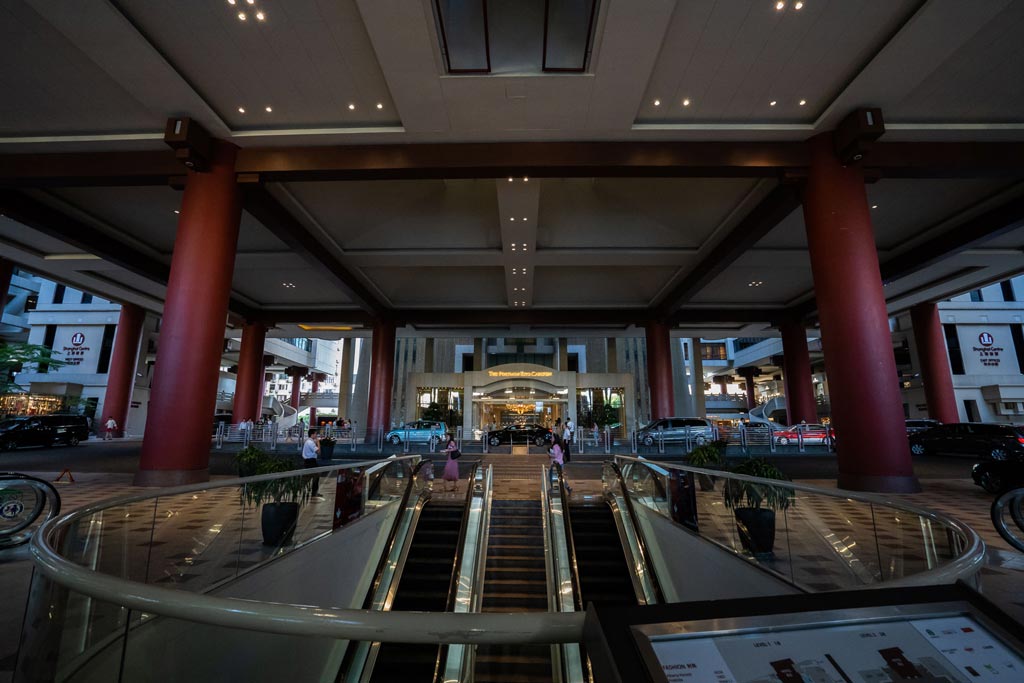 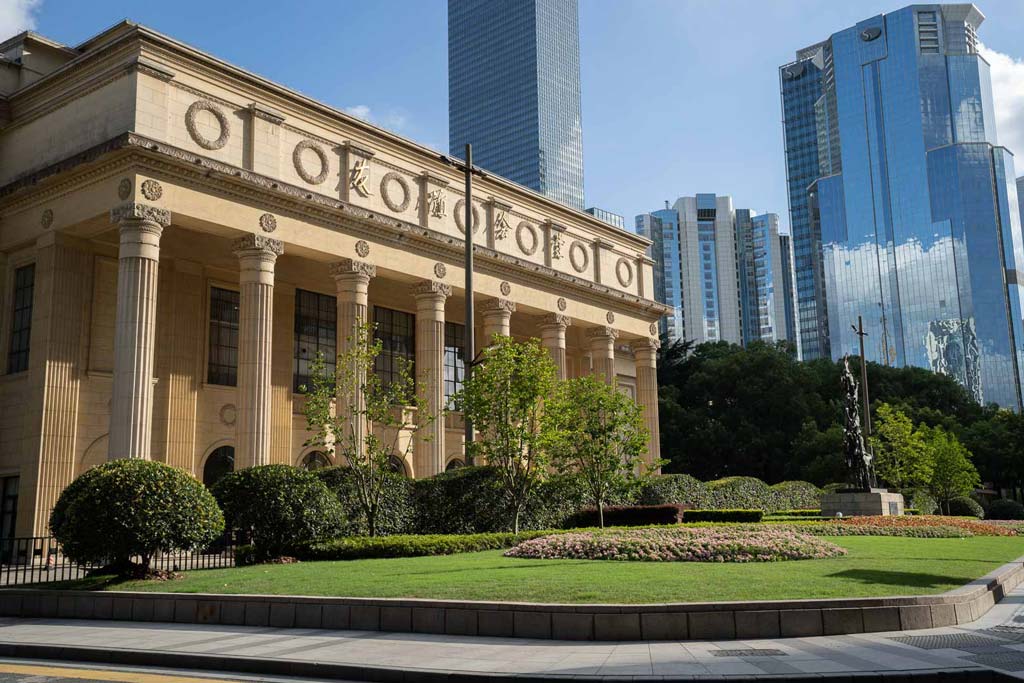